Home > Things to Do > Historic Highlights 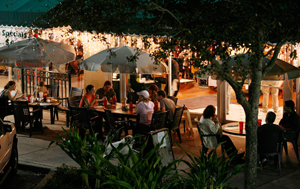 The City of Winter Garden was established by Henry Harrel of Alachua in 1857. Formerly known as Beulah, the name Winter Garden was selected in 1908 because of the perennial blossoms and mild winters. Down town Winter Garden thrived as agricultural and citrus production peaked and withered as those businesses declined.  The town blossomed again when the West Orange Trail was built on the railroad bed running through the middle of town in the late 1990s.  The downtown area has undergone several successful development efforts while maintaining that quaint feel with local stores, restaurants, and a train museum. While in Winter Garden, the West Orange Trail delivers bike riders and strollers to the many restaurants and shops lining Plan Street. is a wonderful place for a bike ride or a leisurely stroll. The Saturday morning farmers market is a “must attend” event.  The city also has two large parks, a public boat ramp on Lake Apopka, along with playground and picnic areas.

The Montverde Academy was founded by H.P Carpenter and the community in 1912 as the Montverde Industrial School. Carpenter had made a complete survey of the State of Florida, searching for the most suitable place for a school devoted to “practical” education. The school had its own dairy and grew most of its own food. There was a canning plant, a wood working shop, and a concrete plant. The students and teachers did all the work. The school eventually gave up its vocational program, but until the 1960’s it was possible to pay tuition and board by working on the school farm.

In 1921 the school became known as the Montverde School, and in 1962 was renamed Montverde Academy. The school has been accredited by the Southern Association of Colleges and Schools since 1927. The Montverde Academy is now a non-profit, private secondary boarding school with an international student body. The Scenic Byway bisects the 125-acre campus and it is considered one of the corridor’s most significant resources.

The Harper House, an example of pre-boom frame vernacular, circa 1875, is the oldest house in the
area and is located just east of the Byway on Porter Street. The Great Floridian 2000 Committee chose Reuben Wyatt Harper, the builder and original occupant of the house, as a Great Floridian 2000. On September 15, 2004, it was added to the U.S. National Register of Historic Places. 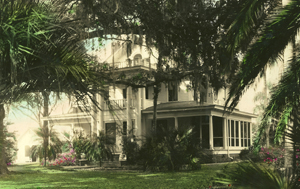 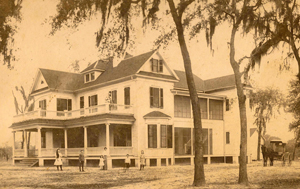 Meadow Marsh, the rambling Classical Revival house built by Luther W. Tilden in 1910. In 1996, it was added to the U.S. National Register of Historic Places. 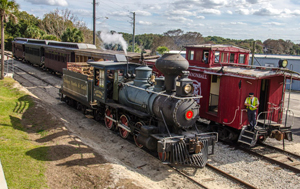 The City of Mount Dora, originally and briefly known as Royellou, was renamed Mount Dora in 1883. Ross C. Tremain was the town’s first official postmaster and derived the name Royellou from his three children: Roy, Ella and Louis. Ms Dora Ann Drawdy homesteaded the area in the mid-1800s. Federal surveyors named Lake Dora for her. The name Mount Dora was selected because the settlement rests on a plateau 184 feet above sea level. 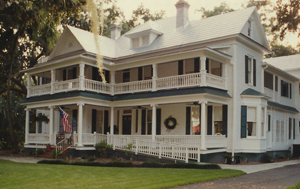 This, the second James H. Sadler House was built in 1906 in the Colonial Revival Style. James H. Sadler was born in 1859 in Abbeville, South Carolina. He was sent to live with his Grandfather, Judge Speer, in 1864 after his father was killed during the civil war. From his Grandfather, James learned to farm and grow oranges. In 1887 he married Matilda Minerva Tilden and constructed a home on what is now SR 438 but in 1906 the house was moved to the back of the property and new two-story Colonial Revival style was constructed and still stands today. Sadler was an influential member of the Oakland community and very successful in many ventures. He was the first to start growing vegetables after the ‘Great Freeze” of 1894 and 1895, this sustained his farm until his groves could begin to bear fruit again. He was the first to irrigate his fields which lead to more opportunities for truck farming. This made him a proponent for good roads and in 1886 he was appointed to the road commission by the Orange County Commissioners. He went on to organize the Bank of Oakland with C.H. Tilden. The bank building was purchased by the Town of Oakland in 1930 and has since been the Oakland Town Hall.

The Snappin’ Turtle lawn mower got its start in Montverde by L. Neal Smith in 1948. Smith who was born in Montverde, returned to his hometown after working at Emory University in Atlanta. The Snappin’ Turtle was Montverde’s first factory and manufacturing plant. The machine created here was a powerful self-propelled mower that could cut down small bushes and trees. The original patent is still in use today. The mower became so popular that Smith could not keep up with demand and sold the patent to manufacturer, Southern Saw, who soon became Snapper Lawn Equipment. Smith opened the first Snapper Distributorship in Montverde, Whirler-Glide Mower Company, Inc.

The Montverde General Store was built in 1927 and is a good example of pre-boom masonry vernacular architectural style. The building has housed various tenants over the years including cafes, pizza restaurants, and small businesses.  Today it is the “Coffee Shop of Horrors.”

The Eldrich building is a another good example of pre-boom masonry vernacular architectural style. Since its construction this building has had several uses.

The McQuaig House, built in 1924, is a beautifully maintained example of a Florida bungalow. Some of the McQuaig family remain in this region and generations have been here since the early 1900‘s.

In 1887 two communities on the west side of Lake Apopka, Montverde and West Apopka (Ferndale), were connected to the Orange Belt Line and to the rest of the world by the Tavares and Gulf Railroad. The T&G Railroad, also known locally as the Tug & Grunt, the Try & Go, the Turtle & Gopher, and some more colorful names, became an integral part of the local residents’ lives. The T&G had originally intended to bypass the Town of Montverde, but leading citizens persuaded railroad officials to come through the town with promises of free right-of-way, building materials, and voluntary labor. The T&G provided freight and passenger service between the Lake County communities of Tavares, Astatula, Montverde, Minneola, and Clermont, as well as the Orange County communities of Oakland, Winter Garden, and Ocoee. They were entirely dependent upon the freight and passengers of the local communities it served. Freight consisted mainly of agricultural supplies, watermelons, truck crops, rough cut lumber, and citrus. At one time the train ran holiday excursions from Winter Garden in Orange County to Gourd Neck Springs and Montverde. When the local economy flourished, the railroad prospered, and for several years the small railroad with only 38 miles of track was one of the most profitable in the U.S. But hard times were experienced through neglected track and roadbed. During a period of decline at the beginning of the last century, the railroad boasted that it held the U.S. record for jumping the tracks the most times during a single round trip, a total of nine times. The T & G Railroad was eventually bought in 1926 by the Seaboard Air Line Railroad marking the end of the T & G era.

Remnants of the railroad remain in various places though are harder and harder to “see.”  More and more of the track has been removed over the last 30 years. Intact rails sit next to the West Orange Trail near Tildenville School Road in Oakland.  In many places, trails have been built on top of the railroad bed.  West Orange Trail, Montverde’s Greenway Trail, parts of the Lake Apopka Loop trail near the Green Mountain Scenic Overlook are examples.  The foundation of the Howey Heights depot, located approximately 0.4 miles east of the CR 455/561 roundabout, north of the road is mostly hidden by the scrub.  Although the Howey Heights Depot is historic, not enough of the foundation remains to be protected or preserved.  Look quickly before it is removed.